Dave is back from Vegas with lots of stories and behind the scene stories from the New Media Expo.

The awards show was “blue” and awkward.

Its hard to pull off a conference. The schedule changed, we had some speakers who had issues getting in on time. The Westgate was remodeling.

The networking was kind of hard as it was hard to find people.

The schedule was weird due to the NMX being co-located with the NAB.

Dave shares a discussion he had with Norm Pattiz from Podcastone.com

[38:00] Connecting in Face Builds Your Relationship

Jason Bryant from www.mattalkonline.com share his insights from his first NMX show.

Jason said clammr.com was one of the coolest tools

Listen to the Episode Below (00:57:24)
0.75x
1x
1.25x
1.5x
2x
0:00
00:57:24
Apple PodcastsGoogle PodcastsPlayer EmbedShare Leave a ReviewListen in a New WindowDownloadSoundCloudStitcherSubscribe on AndroidSubscribe via RSSSpotifyStart PodcastingSupport the ShowShop Amazon (affiliate link)Spotify
Get The Show Notes Delivered To Your Inbox
Powered by the Simple Podcast Press Player

Subscribe to Ask the Podcast Coach in Your Favorite App

Connect with Jim at www.theaverageguy.tv Connect with Dave at www.schoolofpodcasting.com Ready to Podcast? Join the School of Podcasting

Your Show on Other Podcasts 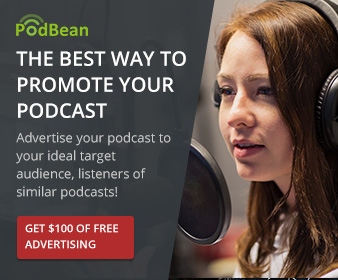 Save Time with Text Expander